International match versus Papua New Guinea
In 2013 Pyramid Power were honoured to be a part of an historic football match at Power Park, Gordonvale.

It was the first ever international football match of any kind to be played in the town when the Power combined U16 & U18 team played the visiting PNG U16 Binatangs team who were enroute to Townsville to play in the South Pacific Cup, a tournament run in conjunction with the U15 National Kickstart Indigenous Championships.
The match was a huge success for the club and community, with the possibility of more in years to come.

Our PNG connection was further strengthened in September when our club, with a generous donation from our Sydney Brother Club, the Baulkham Hills Hawks, were able to send a set of football jumpers to the Salamanda Port Powers club in Lae, PNG.

Below: Some of the prizes for the day donated by Footys4all, including a 2004 premiership jumper worn by Port Adelaide premiership player Peter Burgoyne. 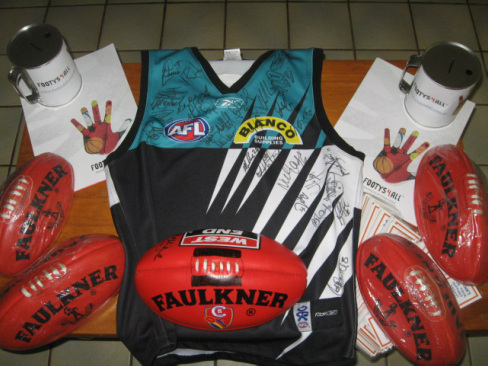 Below: Article in Cairns Post newspaper telling of our International Day. 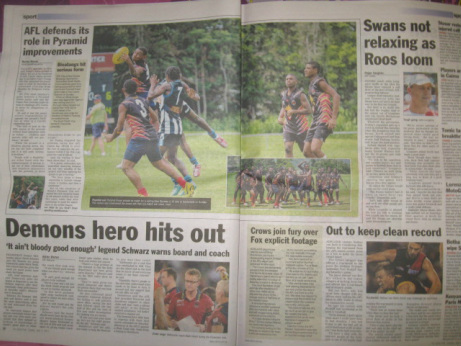 Below: The PNG Under 16 Binatangs going through their pre-match war dance...it worked..!! 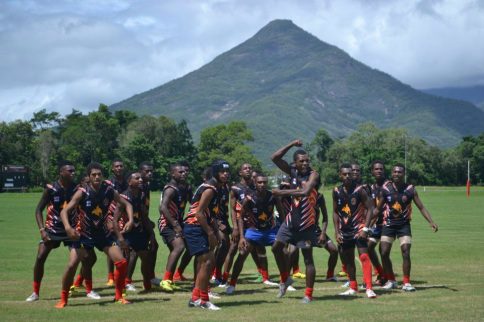 Below: It wasn't all one-way traffic..!! 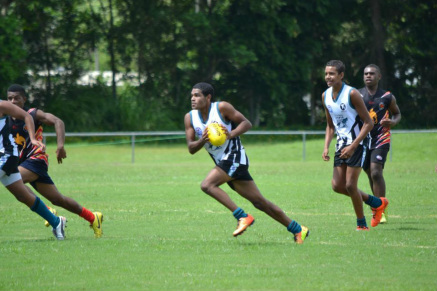 Below: The PNG National football jumper donated to our club after the match. 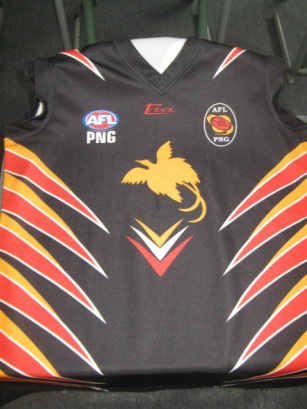 Below: When we answered a call for help from our PNG Brother Club, the Salamanda Port Powers club in Lae, asking for footy jumpers for the club, help soon followed. Our Sydney Brother Club, Baulkham Hills Hawks, donated a set of 20 jumpers which we sent to PNG. Here is the team proudly wearing their jumpers. 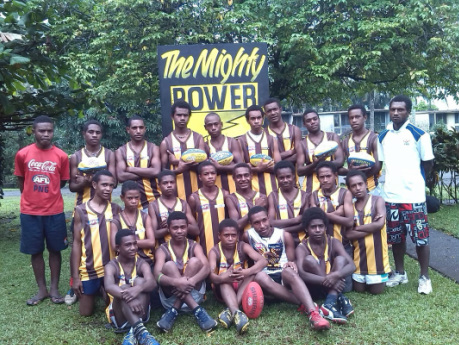